I'm pleased to announce that the ground-breaking documentary Unlikely Friends will have it's premiere broadcast on Investigation Discoveries channel on Monday, Oct. 21st at 10/9C, 7 pm PST.
I had the pleasure of working as an Associate Producer on this poignant and informative film with my dear friend, Producer/Director Leslie Neale. Leslie has built her career creating films that bring to the public our country's dire need for criminal justice reform. Her award-winning film, Juvies, dealt with children being tried as adults, and serving harsh sentences for their transgressions. That film screened before Congress, and was responsible for legislation that changed many lives.

Unlikely Friends, narrated by Mike Farrell (M*A*S*H), tells the stories of victims of brutal crimes who, through forgiveness, unexpectedly become friends with their perpetrators. Finding a criminal justice system that left them empty and unsupported, they reached out to those who hurt them. What they found is astonishing and unbelievable to most. Their stories open our thinking to new possibilities for healing in our criminal justice system.

Please join us and we welcome your comments.

“Moving, inspiring, revolutionary. Unlikely Friends shows we are capable of human miracles. The tough, patient compassion and inspiration of Restorative Justice can teach the world to hear the pain of one another, and help us end conflict everywhere.”
Jack Kornfield
Author, A Path With Heart

“It is a tour de force. It shows how restorative justice empowers victims to change their stories from anger, pain, hatred and revenge to renewal, restoration and, sometimes, forgiveness. You have documented the power of restorative justice and shown how facing the pain they caused helps offenders more than prison bars ever can.”
Rep. Pete Lee
Colorado State Representative

“Unlikely Friends” is an extraordinary film, charting unlikely friendships from those starting out at opposite ends of the criminal justice system. It is a powerful testimony to the power of repentance, showing regret and remorse as something that clearly rehabilitates the victim as well as the offender. The message is that face-to-face meetings (restorative justice) humanises crime and repairs broken relationships but also that close friendship, even love, can grow out of the tragedy of murder and extreme violence. Leslie Neale has found and filmed some astonishing stories charting how victims of crime are able to turn away from a lifetime of bitterness, hatred and arrested grief to trying to help, support, and offer friendship to the one person you’d expect them to despise – the person who killed or harmed their loved ones. Everyone should watch this film to understand more about how forgiveness transforms pain and how finding the gift in the wound mends broken hearts.”
Marina Catacuzino
Founder/Director – The Forgiveness Project 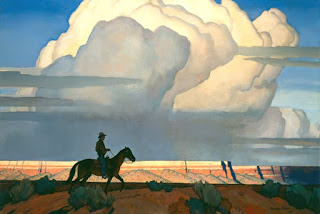 I'm currently working on lots of different projects, writing some articles and also creating some art of my own and returning to my love of photography. I'll be heading up to Tehachapi next week to shoot stills and B-roll for an upcoming project, can't wait to experience one of Maynard Dixon's favorite places, and hopefully see some of the color and clouds that he loved and painted so beautifully.

Next month, my first documentary, Maynard Dixon Art and Spirit, will be screened as part of the Palm Desert Art Documentary series. The event takes place at the UCR Palm Desert Auditorium at 6pm on Thursday, April 18th. I'll be there for a Q&A after, and hope to meet some new Dixon fans and see my desert friends... especially Dixon's son, John and his wonderful wife, Lee. They have been such great supporters of this film, and we have enjoyed a wonderful friendship since we first met back in 2001!

The film is being shown in conjunction with Desertscapes 2013. For more information on events throughout the month of April based on historic and contemporary plein air artwork in the Coachella Valley visit: www.Desertscapes.net.