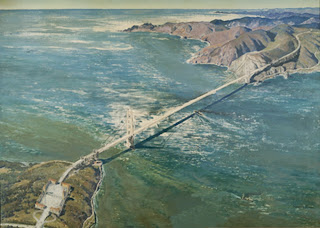 All agreed that it worked. The bridge became that rust-orange.
Posted by Jayne McKay at 2:24 PM No comments: