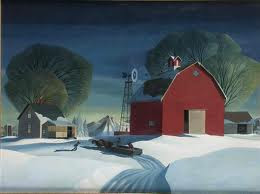 Dale Nichols- "Home for the Holidays"

Has it really been since August that I've posted anything? Hard to believe, but I have been working on a documentary for Chance Films. It's been quite an interesting education for me, since the film deals with forgiveness, not art. Ah, but forgiveness is such an important topic and I've learned a great deal working outside of my primary area of interest, which is the visual arts.

I have several art films in the cue, and if you've followed my blog you are aware of how long it takes to bring cinematic ideas and inspirations into reality. I'm working on my fundraising strategy and looking forward to the challenges ahead. I'm also looking forward to sharing my progress with my followers.

On the holiday topic- I recently produced a meditation CD with two of my favorite yoga teachers, Heather Hudson and Darby Orr. We will launch a blog and Facebook page to show everyone where the tracks can be downloaded.

Also, Maynard Dixon Art and Spirit DVD's are still selling briskly on the film website and Amazon. Makes a great Christmas gift for Dixon fans and those who might not be familiar with his remarkable body of work.

I wish you all the happiest of holidays~ may your days be filled with love, laughter and wonder.

Posted by Jayne McKay at 2:16 PM No comments:

As the days of summer come to an end, I look forward to the fall and all that I have planned. I have been working as a co-producer on a friend's film, and we will complete principal photography in the next couple of months.

I have had several ideas for my next film. I would love to complete the Director's Cut of Maynard Dixon Art and Spirit. I still have 100 hours on the shelf, and those tapes include some remarkable people who were so knowledgeable about Dixon, and shared such incredible comments about Dixon's personality, his skill and his soul. It haunts me that I wasn't able to include all of this impressive and important testimony in the film.

My filmmaker friend's all console me, "Walk Away!" and they seem familiar with that dream of going back, re-editing and reworking everything that you wished you'd known better when making your first film. Better to create an entirely new film and keep moving, keep learning, keep improving, they say.

I do have several great subjects that I'd love to produce films about. And lots of great supporters anxious to join me in fleshing out the stories, rounding up the photos and archival film...well, I will think about it all soon. It's still summer, and I am heading up to Tahoe...

So, I wanted to post something, it's been so long. I still think of Maynard Dixon often, whenever I look at those glorious clouds against a vibrant blue sky. I'm told that lots of other people do too, and the film continues to sell briskly. I am grateful. Grateful for the sales, the good reviews, and also very grateful that those whose interviews weren't included in the film understand. I'm still dreaming about sharing those interviews and maybe someday I will.

Posted by Jayne McKay at 1:26 PM No comments: 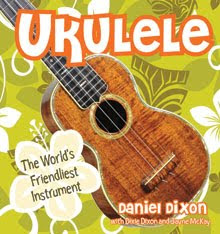 This weekend, we'll be celebrating at the Los Angeles Times Festival of Books, which will be held on the campus of USC for the first time. I will be signing copies of Daniel Dixon's book at 1:00, on Sunday, May 1st. Booth #911.

This book was a labor of love for Daniel, who was a wonderful writer and historian and also a very gifted player. If you follow my blogs, you know that Daniel was the son of artist, Maynard Dixon and photographer, Dorothea Lange. A gifted writer, Daniel co-wrote my film, "Maynard Dixon Art and Spirit", which won the Spur Award in 2008, voted Best Documentary by the Western Writers of America.

Fortunately for all of us, Daniel turned in his manuscript for this delightful book shortly before he passed away. His wife, Dixie Dixon, and I worked with the publisher (Gibbs-Smith), to complete the book by adding images and hunting down a few people. I think that you will agree that the book is beautifully composed, giving the reader a wealth of knowledge about the history of the Ukulele, and profiles of some of the greatest players and makers of this sweet instrument. There are even chord charts and lots of Dixie Dixon's great photos of colorful sheet music and lots of great instruments. If you're in the area, please stop by the festival and introduce yourself. It not, check out the book. I think you'll like it.
Mahalo!

here's a video by elebega where you can hear Daniel speak a little about the ukulele.
http://www.youtube.com/watch?v=sxg-Qtq_wxI&feature=related